Posted on September 15, 2014
Hello Everyone! I almost don’t want to say it because I don’t want to speak too soon, but I think fall may have arrived! I wore a sweater for the first time in months this weekend, we had the windows wide open and actually got cold at night, and it rained most of the day on Saturday… could it really be that fall is finally here?! It was the perfect backdrop for some baking this weekend, and these little Cinnamon Monkey Bread Muffins were so good that they disappeared pretty quickly (don’t worry, I only made half a batch!) so I wanted to stop by and share them with you! They couldn’t be easier to make; I used the same recipe that I use for my cinnamon rolls (you can find it below) and then coated the small dough balls in (a little bit of) butter and a cinnamon sugar mixture… what could be better!
. 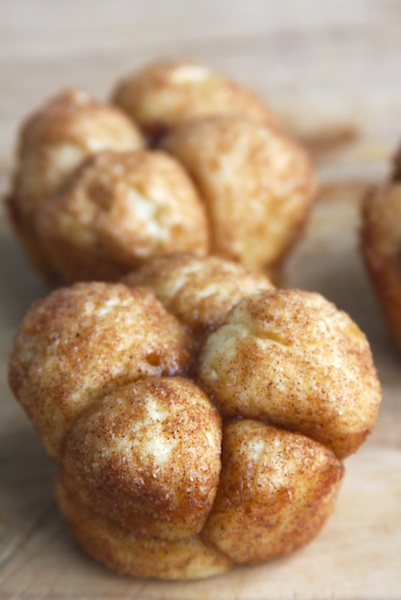 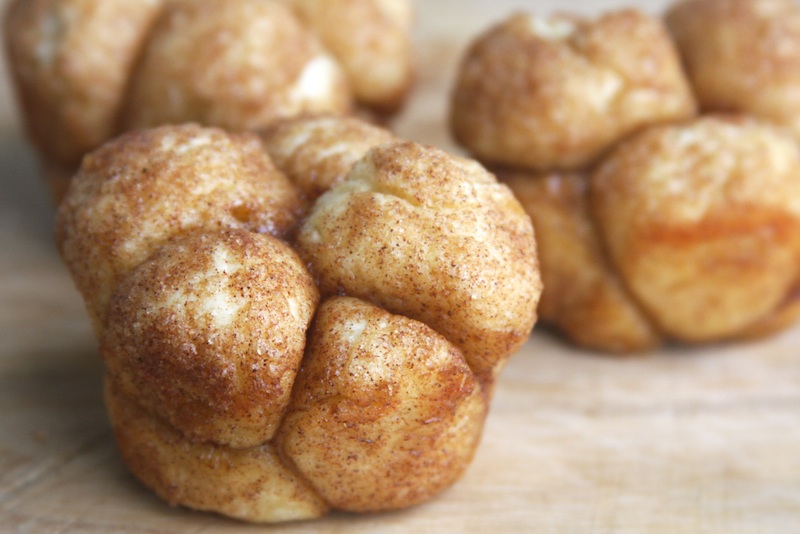 1. First, make your dough and let it rise for at least an hour, or until it has doubled in size. Either use your favorite cinnamon roll dough recipe, or you can use mine, which you can find HERE. Once your dough has risen and is ready for you to use, punch it down and take it out of the bowl that you had it rising in.
.
2. Preheat your oven to 350 deg F and line your muffin tin with paper liners, or grease it lightly. Make a small assembly line on your kitchen counter by placing your melted butter in a bowl, and stirring together the brown sugar and ground cinnamon in another bowl. Then, start making small balls out of your dough (about an inch in size), covering them in the melted butter, then coating them in the cinnamon sugar mixture.
. 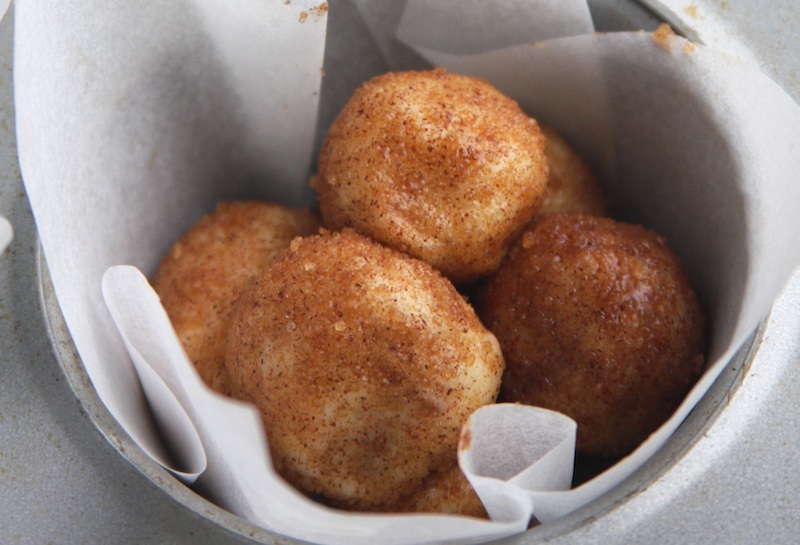 .
3. Place about 6 – 7 of them (depending on the size of them) in each muffin liner, then bake for about 16 – 18 minutes, until they are golden and puffed up and an inserted toothpick comes out clean, but are still soft on the inside! Let cool for at least 10 minutes. You can drizzle them with the classic cinnamon roll glaze if you like, I just like to leave them plain since they are pretty sweet already!
.
And for another recipe involving cinnamon sugar (and some butter!) try THESE Cinnamon Sugar Donut Muffins! 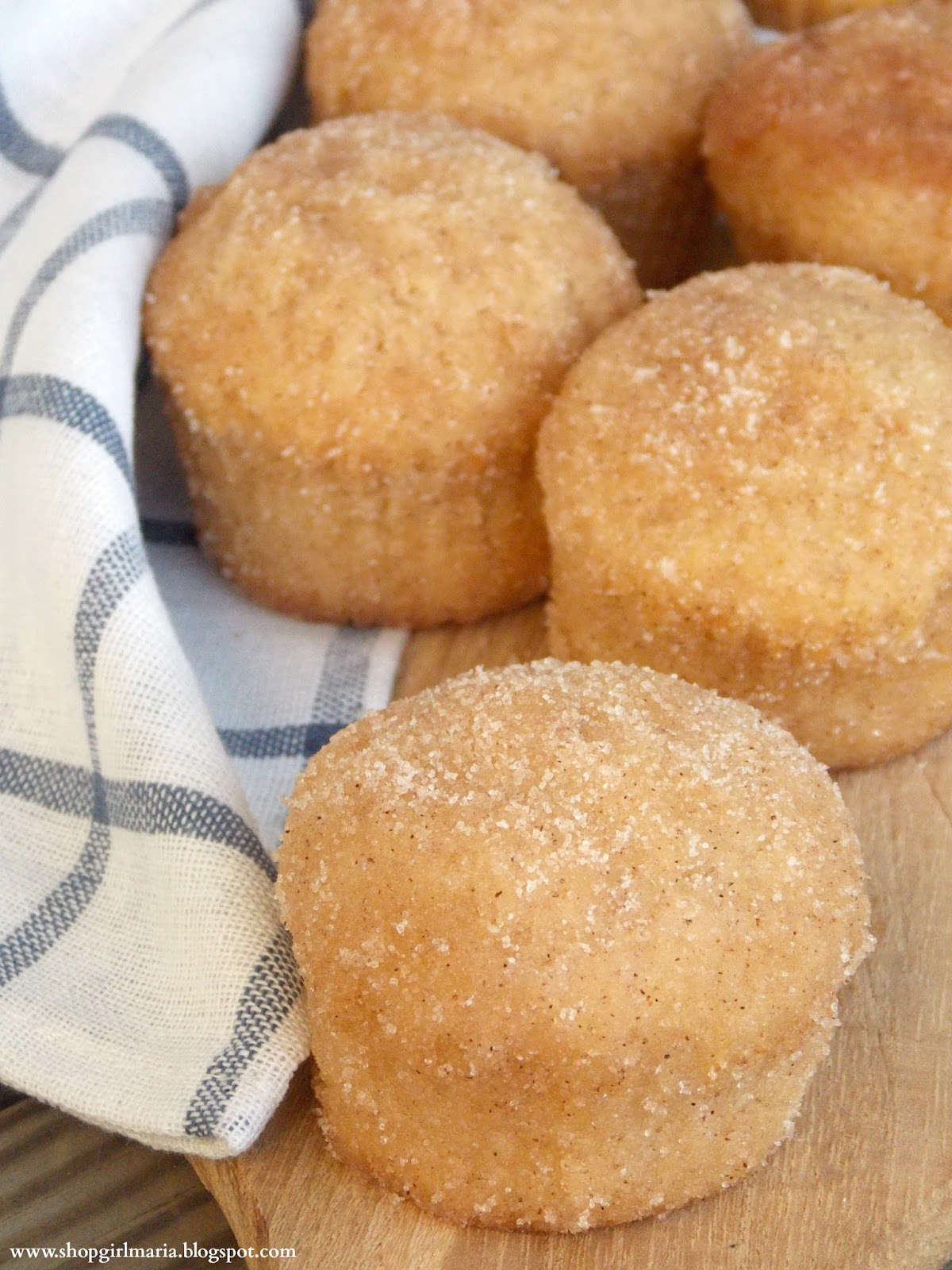